From Carlos Valderrama’s blond afro and Ronaldo Nazario’s buzzcut fringe to David Beckham’s ponytail and top knot, LaLiga footballers have pushed the hairstyle boundaries for decades. Here are five of the best from around Spanish football today.

The Getafe full-back’s wild hair is a regular sight around LaLiga grounds this season, with his side pushing for a Champions League spot. His hair stands out and that’s exactly how he likes it; when Cucurella was coming through the ranks at Barcelona’s famed La Masia academy he decided to grow his hair out so his mother Patricia could spot him from up in the stands! 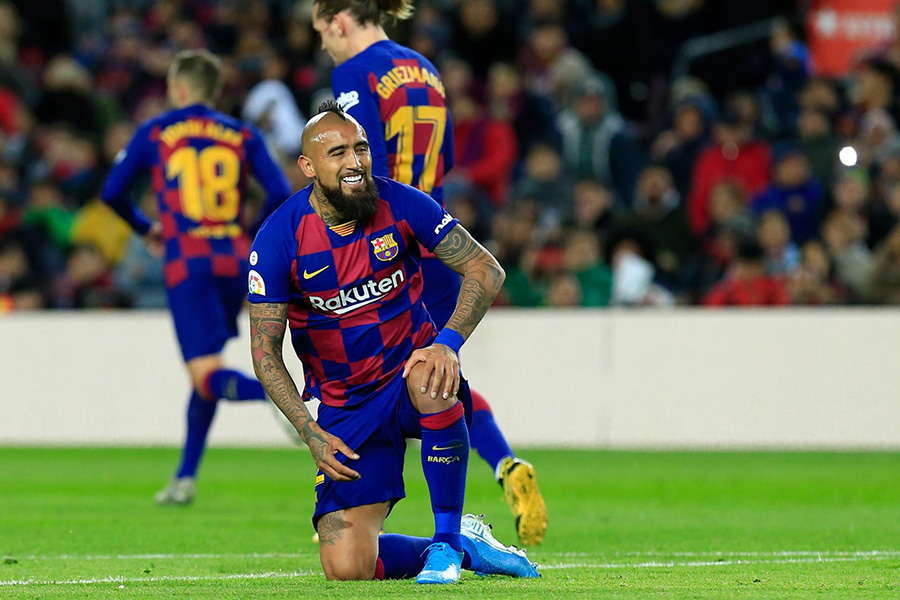 Barça’s versatile, all-round midfielder sports one of the most instantly recognisable cuts in all of LaLiga Santander. Vidal’s mohawk isn’t going anywhere any time soon, either. Asked in a recent interview if he would ever consider changing his look, Vidal stated that he’ll only alter his hairstyle after retiring from football.

Villarreal’s Nigerian winger stands out on the field for both his talent and his looks, sporting an attention-grabbing spiked-up style with highlights. The 20-year-old has already established himself at international level, representing the Super Eagles at the 2019 Africa Cup of Nations in Egypt, and has drawn style comparisons with Arjen Robben, albeit with a lot more hair!

It’s hard to remember a time when Gareth Bale didn’t spot his now iconic man bun, but when the Welshman first joined Real Madrid back in 2013 he had much, much shorter hair! Over time he’s let it grow out, and though he ties it up for training and matches photos of his full length hair have drawn comparisons to Tarzan and Nicholas Cage’s iconic character in the 1997 hit move Con Air.

It’s been a first season in LaLiga Santander to remember for Aridane Hernandez, with the centre-back impressing at the heart of a solid Osasuna defence. Also impressing is his spectacular afro, which has developed cult following at El Sadar and stadiums across Spain for obvious reasons!

LaLiga, Serie A & Bundesliga Manager Reviews for the 2021/22 Season

Talking Cock Session: Top 10 Transfer Rumours That Will Light Up...

Bundesliga Round Up: Matchday 31